“Into the bathroom with it, to be dipped into, as it were, at eagerly awaited moments.”—Robert MacLean, author of Foreign Matter

“A visceral novel that explores many different lusts and cultures.”—Kirkus Reviews

“Lust & Philosophy contains some delightfully quotable passages and is just the thing you might be craving if [David Foster Wallace’s] The Broom of the System didn’t have enough sexual encounters for you.”

“The author writes very well and has great command of vocabulary. The book appeals to the intelligent reader.”

“Lust & Philosophy is a tale disjointed in time, self-indulgent and sexually charged like the first generation of 20th century novels that fought obscenity laws….The Holy Ghost certainly does not reside within the inkwell of [Isham Cook], nor cling to the quill of his pen.”

“Part autobiographical, part musings on societal norms, historical battleships, and whatever else catches his free-wheeling imagination, including the statistical probability of merely running into her vs. engineering a meeting.”

“The prose of Lust & Philosophy is some of [Cook’s] most beautiful work and there are a number of deep thoughts and threads to be found within.”

“Style-wise, this book is rich with detail, drama and a lucid description. Juxtapositions, contradictions and satire is common.”

“Think Charles Bukowski and Henry Miller as authors, who have been known to engage, challenge, shock and piss off the reader–this is where this sordid yet engaging character comes from for me.”

“I am conflicted on where to shelve it, because it’s the kind of complex read that you need to jolt you back into life as a reader.”

“I found the book a real page turner–difficult to put down. I read it three times, and I’ll probably read it again. Next time I go to my bookshelf and I can’t decide between Shakespeare and Deep Throat, I’ll just read this one. It’s got both.”

“He’s not a man to be pinned down, and so much the better; nor will he be locked into a literary form. He’s a natural essayist caught by the tide of a novel, and the result is a narrative potpourri.”

“This is an absorbing and ultimately sad piece of writing by Isham Cook. It is also a long way from the stereotypes and formulas that dominate so much of modern fiction and deserves to be read!”

“The shifts between memoir and reflections on eroto-sensualism make up the majority of the book and are so absorbing…all in all this is a great read and always interesting.”

“The book got under my skin in a good way, making me think, provoking weird dreams, making me want to read more.”

“For a really dark, humorous and totally sacrilegious experience, I recommend this irreverent vehicle of escapism that will have you also questioning where you fit into the realm of life.”

To track down Cookie, an elusive woman fleetingly glimpsed around his Beijing neighborhood, expat Isham Cook employs tips from Shakespeare’s Romeo and Juliet, Simone Martini’s painting of the Annunciation and Louis Althusser’s Lenin and Philosophy. Meanwhile, Luna, a woman of flamboyant sexuality who invites her dinner guests into bed, assists Isham in the seduction of a third beauty of ambiguous Asiatic ethnicity, Adalat. But revelations from the philosopher of parody Jean Baudrillard begin to eat away at reality until Isham can no longer clearly distinguish Luna from Adalat or his own Caucasian identity from the Chinese.

A hypnotic journey of a novel, with idea bombs going off along the way, Lust & Philosophy is mind-rape as literature, a fairytale on acid, and a holographic Rorschach test all in one, and will appeal to fans of Hermann Hesse, Philip K. Dick, J. G. Ballard and other novelists of the uncanny.

Chapter 1: “I first saw her one spring day on my way to afternoon coffee near People’s University”
Chapter 2: “To seize the event, lock its meat and bones in my jaws and relax into the thing”
Chapter 3: “Success is never haphazard but only ever proceeds from comprehensive and systematic attack”
Chapter 4: “Kind of like Hot Wheels and tits and the Day of Judgment all rolled into one”
Chapter 5: “Each new walk down the stretch was charged with expectation, at once a cornucopia and a minefield of possibilities”
Chapter 6: “In the town center lawn is a crazy quilt of motley freaks smoking pot and playing guitar”

The Mustachioed Woman of Shanghai. A novel (forthcoming) 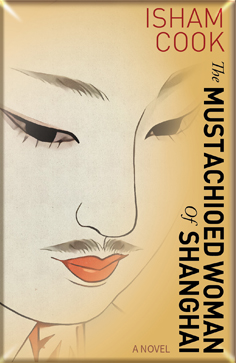 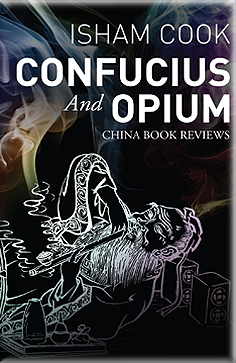 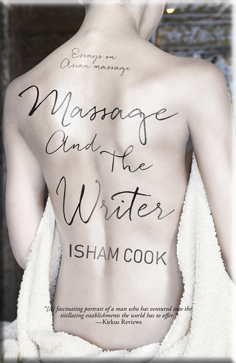